I’m feeling too lazy today to write a blog post, so you’re getting a short story instead. Poor you.

Mr. Bennet, God rest his soul, had learned the hard way. He had, after all, married “one of the silliest women in Heartfordshire.” Mrs. Bennet, the devil take her, had been quite a beauty in her youth, before the crows feet and smile lines. Yet she was known to the neighborhood as a perpetual woman of no more than one and forty years. With five daughters, the youngest five and sixty, one could hardly expect her to own up to her real age.

“Girls!” said Mrs. Bennet, interrupting her daughters from their afternoon naps. “What news I have. Neverfield has been let at last!”

“Yes, Mary, that. A gentleman of great fortune has taken it. His name is—” Mrs. Bennet paused and began reciting her “ABC’s.” “A. Appleby? No, that can’t be right. I think it starts with a B. Bright. Brightly? Ah, yes, Bingley was his name. What a fine thing for one of you girls.”

Elizabeth, the second eldest, said, “How can it affect us?”

Mrs. Bennet looked quite put out, or perhaps she was constipated again. “Do not be so tiresome, Lizzy. You must know that I mean for one of you to marry him.”

“Is that his design in settling here?”

“Design? Nonsense! How can you be so tiresome? But it is very likely that he may fall in love with one of you.”

“More likely that he should fall down and not get up,” said Lydia. She was the youngest of the girls but the most sociable. Why, she would spend hour upon hour at the local VFW.

Mrs. Bennet pretended not to hear this… or perhaps she really hadn’t. “We must introduce ourselves at once.”

Jane, the eldest, complained at once. “Shouldn’t we leave the introductions to him?”

“Pish-tosh,” said Mrs. Bennet. “You must seize every opportunity that comes your way. Honestly, do you all want to remain old maids for the rest of your days?” She looked from Jane to Lizzy to Kitty to Lydia. Surely Lydia would be in for the chase.

Kitty pulled her spectacles down her nose. “Do not look at me, either,” she said. “I am not that much older than Lydia.” Her hands shook as she tried to thread a needle.

“I have decided on a lifelong celibacy,” Mary declared.

Mrs. Bennet turned to Jane. “Jane, surely you can afford to bring me some happiness.”

Jane let out a great snore. She had fallen asleep again.

Elizabeth arched a penciled eyebrow at her mother. “Surely you will find happiness if you took your pills as the doctor prescribed.”

Mrs. Bennet wrung her vein-riddled hands. “It would not matter if he should prescribe twenty such pills since only a match would make me happy.”

“Depend upon it, Mama, that when the doctor prescribes twenty happy pills, you’ll think we’re all married, and then it won’t matter.”

Mr. Bingley visited all the houses in the neighborhood. The nieces Long, Charlotte Lucas, and finally the Bennets. He stayed no more than half an hour but made up for the shortness of the visit by promising to attend a dance at the local hall.

The afternoon of the dance, all the Bennet women dressed in their best finery, and once Mary had found her good set of teeth, they left for the Regency Retirement Centre.

Mr. Bingley was tolerably good-looking and gentlemanly; he had a grandfatherly countenance and unaffected manners. His sisters were fine women, with an air of decided fashion. (“The gold-plated crutches must have cost Mrs. Hurst a fortune!” exclaimed Mrs. Bennet.) His brother-in-law, Mr. Hurst, barely looked like a gentleman, but his friend Mr. Darcy soon drew the attention of the room by his handsome features. Within five minutes of his entrance, it was circulated that he had ten thousand pounds a year, along with a live-in chiropractor and a vast library of reading spectacles. All the women declared him handsomer than Mr. Bingley, and he was looked at with great admiration for a good twenty minutes. Then his manners were discovered. He was discovered to be proud and above being pleased. Rumors even began to circulate that his hair was not his own and that his breath smelled of rot.

Mr. Bingley quickly learned and memorized the names of all the principle people in the room; he danced every dance and never complained of a bad knee or pulled muscle. What a contrast between him and his friend! Mr. Darcy only danced once with Miss   Bingley and spent the rest of the evening shuffling about the room, speaking only occasionally to one of his own party.

Elizabeth Bennet had been obliged, by a rheumatic hip, to sit down for two dances. During this time, Mr. Darcy came to stand near enough for her to overhear a conversation between himself and Mr. Bingley.

“Come, Darcy,” said he, “I must have you dance. I hate to see you stooping about by yourself as if you had a hernia.”

“I certainly shan’t dance. You know how I detest it, unless I am acquainted well enough with my partner to remember their name. At an assembly as large and noisy as this, it would be impossible.”

“I would not be as fastidious or senile as you are,” croaked Bingley, “for a kingdom! I never met with so many pleasant and memorable octogenarians in my life; and there are several of them you see uncommonly pretty.”

“You are dancing with the only handsome woman in the room,” said Mr. Darcy, looking at the eldest Miss Bennet through his pince-nez.

“She is the most beautiful creature I ever laid my good eye on! But there is one of her sisters sitting down just behind you, who’s very pretty. Let me ask my partner to introduce you.”

“Which do you mean?” Turning round, he looked at Elizabeth ‘til, catching her eye, turned and said, “She is tolerable, but too wrinkled to tempt me; and I am in no humor at present to mind old biddies who are far past shelf life. You had better return to your partner and enjoy her smile—if that is her real smile—for you are wasting your time with me.” Mr. Bingley hobbled in one direction, Mr. Darcy in another.

Elizabeth remained with no very cordial feelings towards him. Stubborn and prejudiced in her old age, she never forgave Mr. Darcy for this slight. Not even years later, though she could not quite recall his name or the particulars.

Mr. Darcy was too proud—and constipated—to overcome his pride. So, in such states, they lived to the ripe old age of eighty, drank much prune juice and caused Jane Austen to roll over in her grave many, many times.

Psst! You know how I have a book coming out this year? Well, my publisher hasn’t given me a date yet, and I’d decided to hold a contest. One guess of the release date per person, correct one to answer gets a $10 Amazon e-gift card. U.S. residents only are eligible for prize. No purchase necessary 🙂 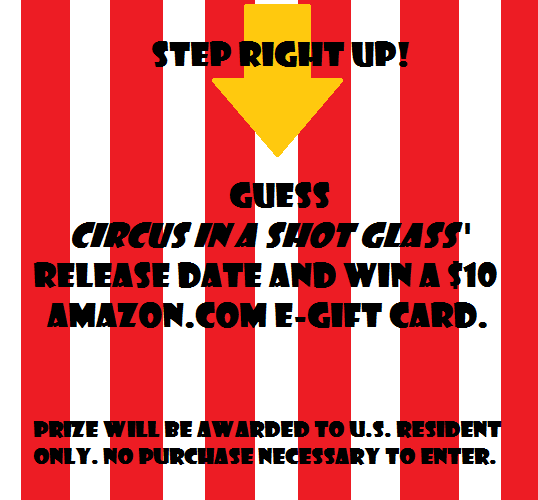 Beth Overmyer is the author of several works of genre fiction, the fantasy trilogy THE GOBLETS IMMORTAL being among them. Fueled by tea, loved by cats everywhere, she balances her home life with writing novels and hanging out with family and friends. View all posts by bethovermyer

This site uses Akismet to reduce spam. Learn how your comment data is processed.

Previously On The Blog…